Earlier this month I took a look at some of the best international destinations for a spring holiday, but what about the places a little closer to home? Everyone loves a good staycation and Great Britain really does has some beautiful spots of its own. So I decided to also put together a list of the best spring holiday destinations in the UK.

This list is far from definitive – it’s designed more as a taster of the beautiful towns, cities and coastal areas the UK has to offer. But hopefully you’ll be inspired to visit somewhere new, or maybe be reminded of a UK destination you once fell in love with!

I’d also love to hear your own recommendations for UK destinations to visit in the spring, so please share your faves in the comment section below!

There aren’t many places in the UK more beautiful in the sunshine than East Sussex’s favourite coastline, Brighton.

Venture down and you’ll see a city spring to life after its quieter winter season. The Royal Pavillion beams surrounded by beautiful, tropical gardens, the North Laines and its many indie stores and coffee shops are bustling with excitement and the infamous pier is the perfect spot to saunter in the warmer breeze – and enjoy a cheeky bag of chips (if the seagulls don’t get to them first!).

Take a short drive out of Brighton to escape the city and immerse yourself in nature at Beachy Head and Seven Sisters Country Park. Both are great spots for a picnic with family or friends.

Forget London, if you want a spring city break with some va-va-voom then visit Bristol!

The biggest city in the southwest of the UK, it’s a buzzing cultural metropolis with the quintessentially British villages of the Cotswolds to its north and the lush, the green countryside of Somerset to its south.

Also a hop, skip and a jump from Bath, a UNESCO heritage site full of Georgian beauty, Bristol has a rich history of its own, largely focused around the maritime trade.

The city has lots of different things to see and do and there’s something for everyone whether you’re all about the history, into getting up close and personal with cuddly animals or love everything science and high-tech.

Want some more inspiration? Check out our guide to 15 epic things to do in Bristol.

If you’re after a historic university city then you can’t beat a trip to Cambridge (although I may be a little biased as I grew up not too far from here). The city’s beautiful in spring and punting, Cambridge’s version of a gondola trip, is a wonderful, chilled way to see the city – especially the university grounds and the Bridge of Sighs.

Take a picnic and enjoy the city’s green spaces, before heading into the city centre for a bit of retail therapy or culture in one of Cambridge’s many museums…

One of the original British staycation destinations, the endless beaches, harbours and rolling countryside of Cornwall will take your stress away in an instant.

Rent a VW camper van or pitch up in one of the region’s many campsites, then plan a road-trip taking in Newquay’s surf culture, the Eden Project, Padstow, St. Michael’s Mount and Tintagel Castle.

I head here all the time for day trips to beautiful towns and villages like Bourton-on-the-Water, Tetbury and Minchinhampton Common, where the cows rule the roads.

Spring is the perfect time to visit – the flowers begin to bloom and everything comes back to life, plus it’s when all the great country fetes kick off. You can’t beat a tombola, cake sale and a bit of welly wanging!

A while back we asked some local bloggers to share their personal Costwolds’ highlights – why not check it out?

There’s so much to do in Dartmoor National Park and the surrounding area that it’s a great destination for a long weekend adventure, as Emma recently discovered.

Take a road trip across the moors, visit the Cistercian monastery Buckland Abbey, the Morwhellam Quay open-air museum or Dartmoor Zoo – whatever your passions they’ll be something to pique your interest…

Lovers of the outdoors will get a blast from Guernsey’s rugged coast, but if you prefer your spring breaks more peaceful then why not visit an ancient castle or explore a hidden bunker?

Guernsey’s annual Heritage Festival returns from 19th April to 10th May, another reason spring is a great time of year to visit, with events, activities, live shows, walking tours and talks just for starters!

This year’s theme is ‘Encounters Throughout the Ages’ and the festival will delve into the island’s history from 8,000BC to the modern day. Highlights include a walking tour looking at the island’s volcanic past and encounters with Guernsey’s famous rare breed of Golden Goats.

The Yorkshire spa town of Harrogate has been voted the happiest place to live in the UK and also the third most romantic destination in the world.

Its compact town centre is easy to get around and there’s quite a lot to do both in the town itself and the neighbouring countryside. If you like spas, good food, castles and gardens, then this is a destination for you!

Find out more about what Harrogate has to offer in spring, including the beautiful RHS Harlow Carr.

Not only is the Lake District a World Heritage Site, it’s best seen in May when the bluebells are out and the weather is at its best.

Imagine this – long walks through the bluebells at Rannerdale, followed by a picnic by the lake. Once you’re here, there is so much to do and it can all be done for free if you so wish, making it a great choice for the cost-conscious.

Although if you’re happy to spend a tenner or so, then Sally Fielding, of Sally’s Cottages recommends going to Muncaster Castle.

“I make a pilgrimage there each May as this is the best place in the whole of the Lake District for bluebell woods.  Not only that, but the rhododendrons are in full bloom too.

“When I go, I always combine it with a visit to Stanley Ghyll waterfall which makes you feel as though you’re in the rainforest – and it’s free.

“Oh and  if you’re feeling brave, combine this with a trip over Hardknott and Wrynose passes – Britain’s steepest road!”

You can’t get much more trendy than Margate right now. Large swatches of Shoreditch’s creative community have moved out to this traditional seaside town, opening vintage stores and quirky cafes – making this an exciting weekend trip.

Want to know more? Read Lou’s top picks for Margate and its neighbours, Whitstable and Broadstairs.And don’t forget to book your tickets ahead for your trip to Dreamland!

Laura’s been exploring a lot of Norfolk over recent years as this is where her boyfriend is based. She’s discovered the county has so much to offer visitors – from boating on the Broads and exploring Norwich city through to beautiful beaches, which are often visited by sunbathing seals!

Laura shares her top tips for visiting Norfolk in this post.

The New Forest is one of my favourite UK destinations. Made up of a mix of pastureland, heath and forest, it’s a truly beautiful place to explore, as you visit the towns and villages dotted throughout the boundaries of the national park.

Appointed a royal forest by William I, it was an area used by nobility and royalty to host hunts, although those that lived there – known as commoners – were given special rights including permission for their animals to freely graze the land. Still in place today, this is something that makes the New Forest such a unique place, as its free roaming ponies can be seen throughout the area and often can be found wandering along the town and village high streets!

Whatever the UK spring weather may have in store, the New Forest has a lot to offer from country walks and animal parks through to indoor family attractions and historical sites.

Spring is the time to visit Skomer Island, Pembrokeshire as the puffins return early to mid April after the winter and the spring flowers are in full bloom.

Explore the island on foot and meet the migrant birds, witness the first landings of puffins to the island, watch the amorous displays of guillemots and razorbills and see the island start to bloom with daffodils and wildflowers.

During the spring Skomer is covered in a display of beautiful bluebells so vast that the island appears blue. Puffins, rabbits and short-eared owls are particularly active throughout the day, making this the perfect UK destination for wildlife lovers!

In the Swansea Bay area of south Wales you’ll find the picturesque Mumbles and Gower, with its cute independent shops and restaurants, ancient castle, undulating hills and fresh sea air.

The region is home to Rhossili Bay, an award winning three-mile stretch of beach that’s considered the best in the UK. But beyond Rhossili, there’s also Pwll Du Bay, which is a little off the beaten track, Caswell Bay and Three Cliffs Bay, meaning there’s a beach for everyone!

In spring the temperature can get up to a balmy 20 degrees, which makes it a great time to get outdoors and explore the beautiful welsh countryside… 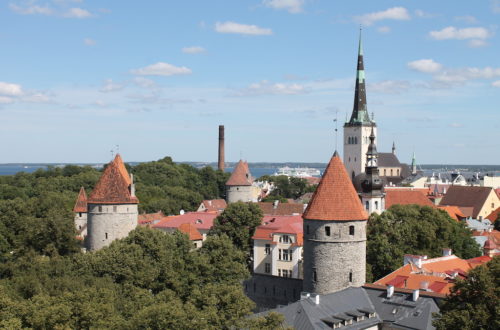 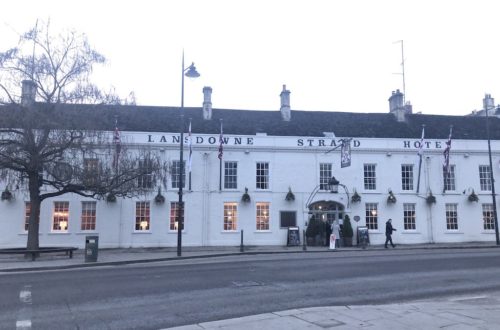 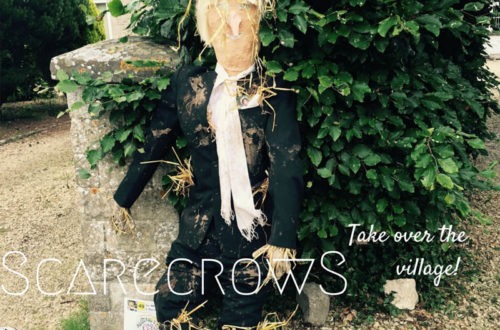 Invasion of the scarecrows!