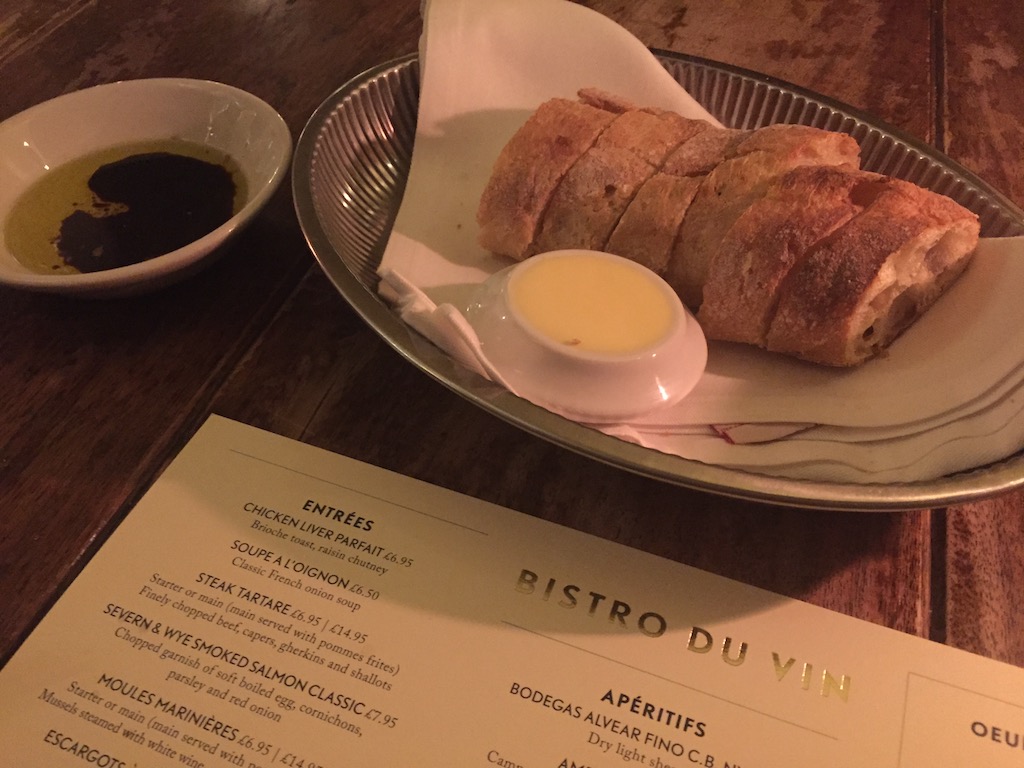 Hotel du Vin Bristol is located in a lovingly restored old warehouse, originally a sugarhouse, later used to store tobacco and then make birdseed. With many of its unique features, such as the big wooden beams, preserved in the renovation, it’s a beautiful place to visit.

I particularly love its cosy bar, but the reason for my most recent visit was a trip to the bistro to sample its new Winter 2018 menu. Launched in early February, the new menu includes updated breakfast and brunch options as well as new fixed price offering, but I was keen to sample some of the latest menu’s a la carte options. I have to say, I came away thinking that this might just be the best winter menu currently available in Bristol.

We were warmly welcomed in the doorway of the bistro by a waiter who took our coats and then led us to a cosy corner table. Low mood lighting and candles gave a sense of added privacy, and the cosy feel continues in the restaurant in part thanks to its kitsch decoration of paintings and posters spread all over the walls, and rustic wooden tables.

Even so, a sense of sophistication remains, perhaps down to the attentiveness of the well-dressed waiting staff and the little touches they bring. Once settled in our seats and drinks ordered, one of the waiters came straight over with a basket of fresh bread with butter. Soft, with a crisp shell, this went down a treat, especially when asked if we’d like some olive oil with balsamic vinegar. This was the good stuff – the strong, peppery taste was absolutely delicious! 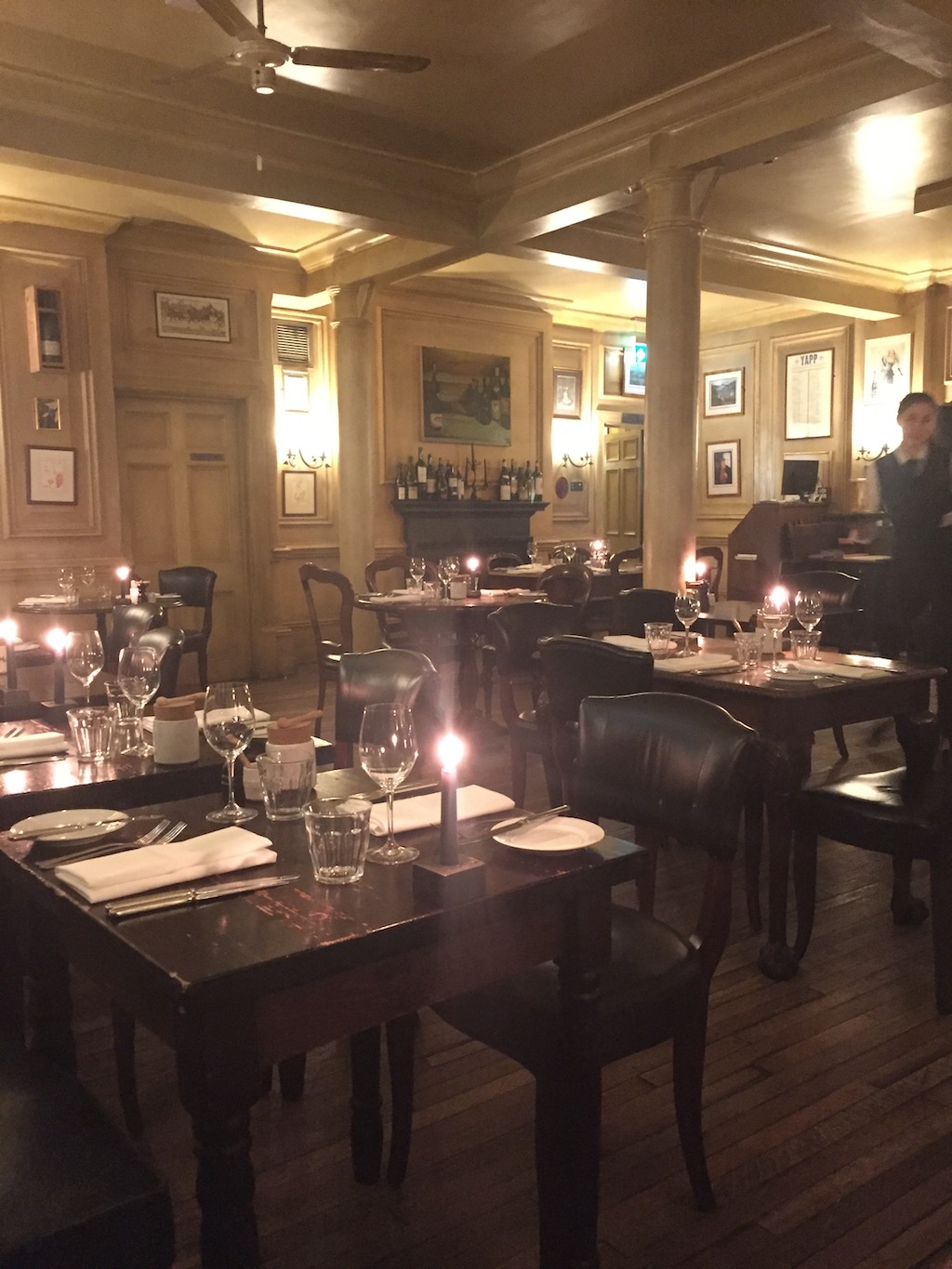 For my starter I chose chicken liver parfait, which might have been the nicest I’ve ever had. Seriously, it was SO good! It was insanely smooth and creamy, with a melt-in-your-mouth consistency – when cutting off a slice for my bread it was like a hot knife through butter.

Speaking of which, the parfait comes with a slice of brioche. In my opinion restaurants never give you the right ratio of bread to pate, but thumbs up to our waiter – when serving my starter he automatically asked if we’d like our fresh bread restocked. Yes please!

The parfait came with a raisin chutney. Not my kind of thing at all (I’m a plain scone girl, you see) and not particularly nice on its own, but together with the brioche and parfait the flavour completed the rest of the dish really darn well. 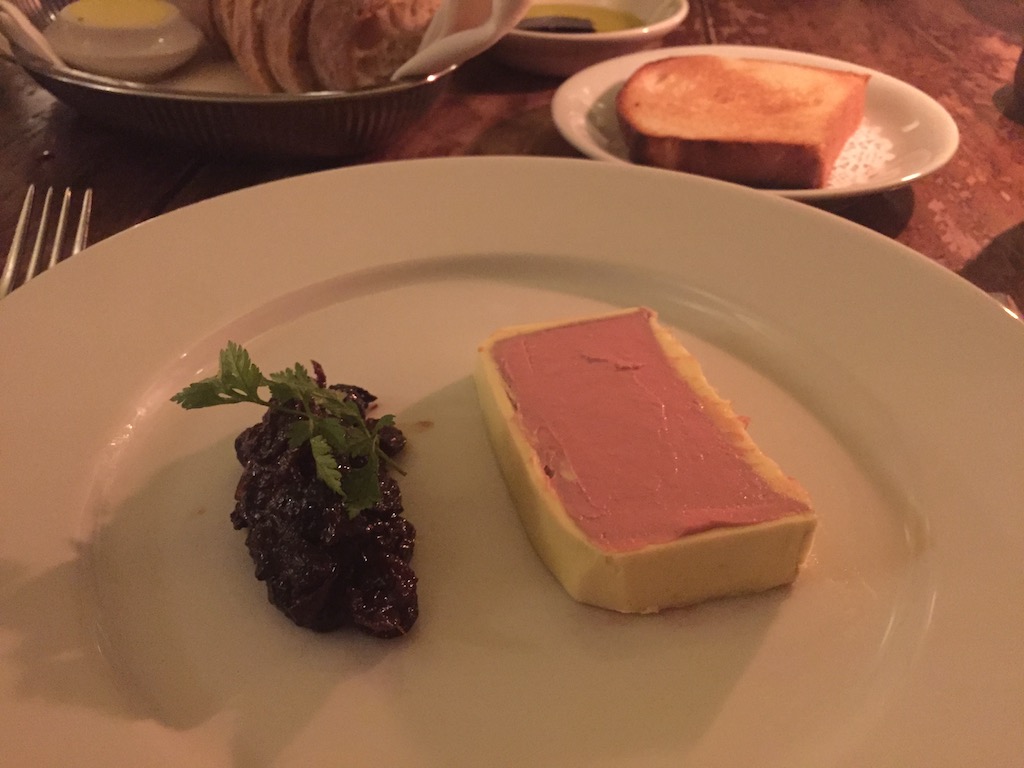 That extra bread came in helpful for Justin’s starter too. This was because he used it to mop up any of the moules marinieres sauce he had left after working through his starter. When the lid came off our corner of the bistro suddenly was filled with lovely aroma. The mussels may have been a bit small (could have simply been where they came from or the time of year) but for a starter the portion size was pretty decent, plus they were cooked to perfection. And, unlike other mussels dishes Justin has had in the past, the sauce wasn’t overpowered with white wine – nice enough to be soaked up by the last of our bread. A little uncouth, but absolutely delicious. 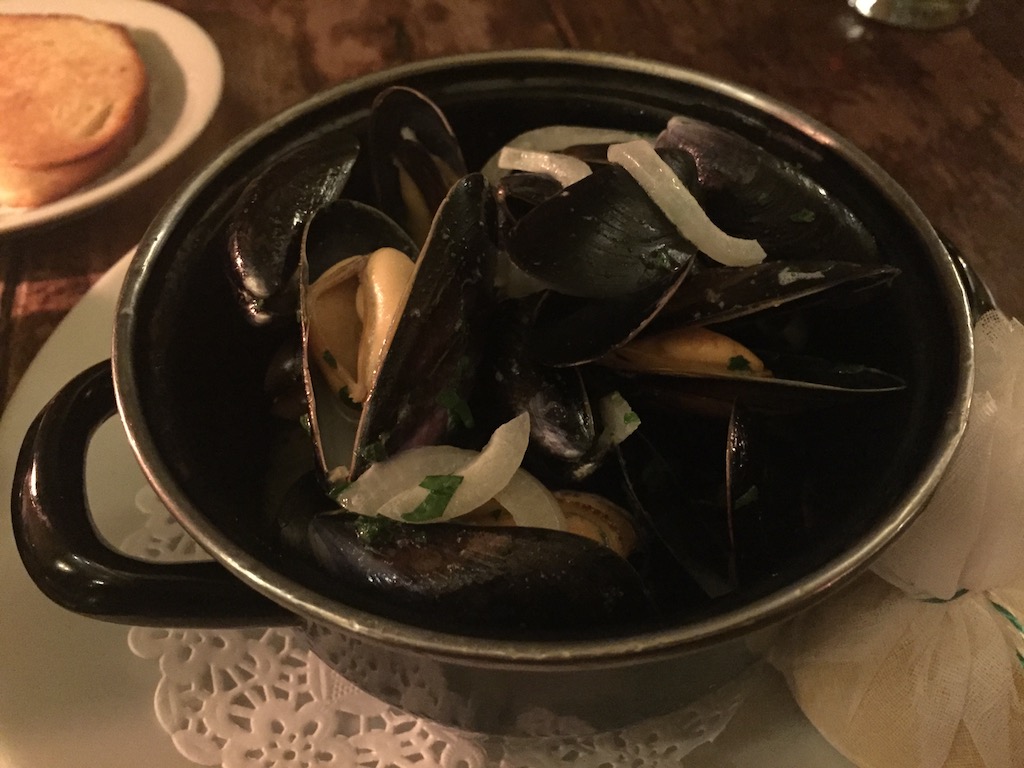 After a great start to our meal I wondered if the mains could live up to what came before. I’m happy to report they did not disappoint. Justin chose the Gloucester Old Spot pork belly, which came with pomme mousseline – indulgent, buttery mash potato – and jus de veau. He’s no food critic, but I can tell you his description of “very nom noms”, means he enjoyed it a lot. 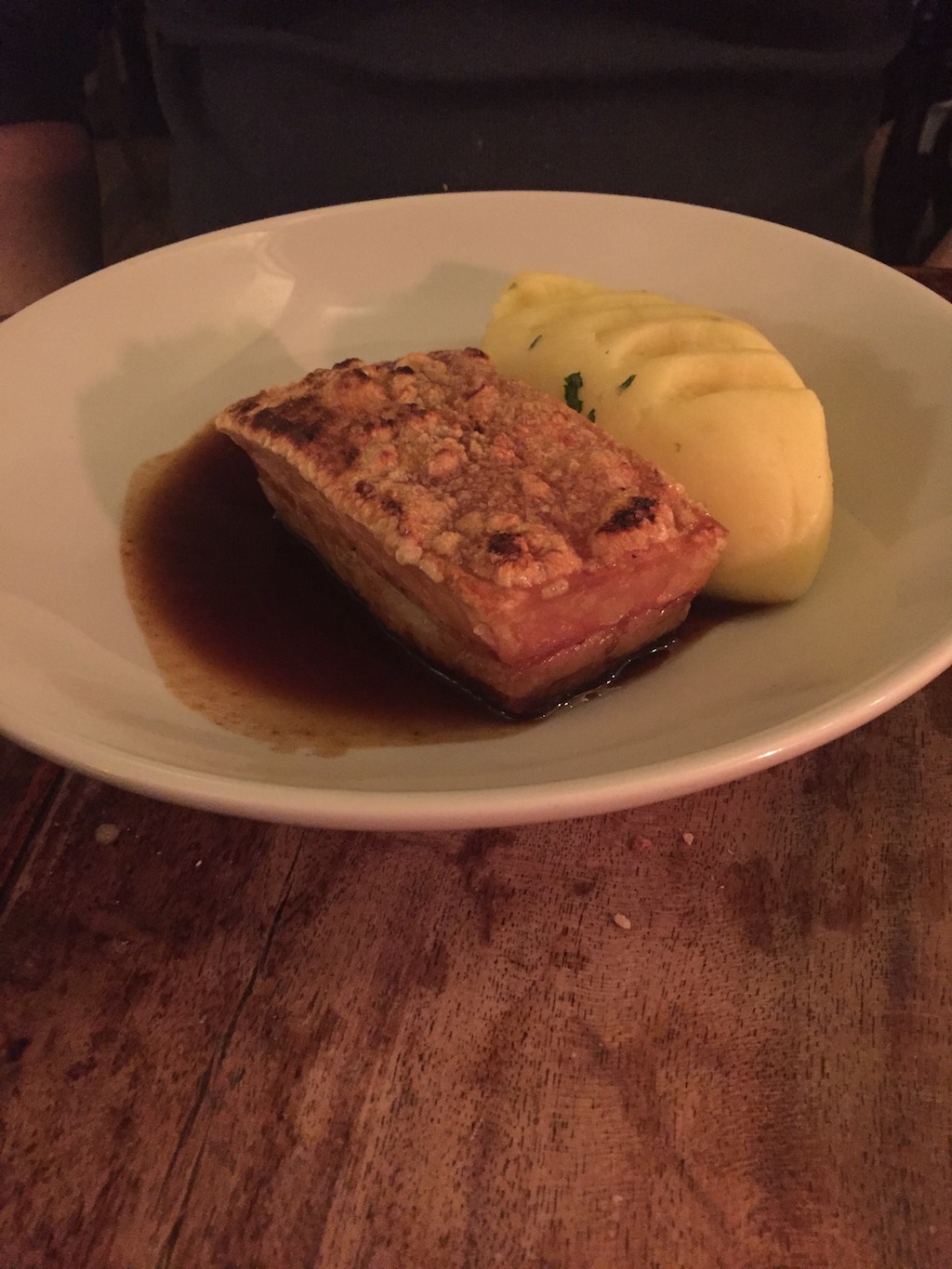 My medium rare fillet steak was well cooked, smooth and tender to slice through. Rarely beaten by a steak, I expected that at 8oz, I wouldn’t feel full, but I actually struggled to finish the whole course. Served with a watercress garnish, half a tomato and skin-on fries everything was lovely, but the piece de resistance was the jus roti I chose. There are simply no words to describe how utterly amazing this was. Essentially a red wine reduction, the sauce was strong to the point of overwhelming, but in the most delicious way. I came away thinking this was probably the most delicious steak meal I’ve ever had. Well done, Hotel du Vin, well done. 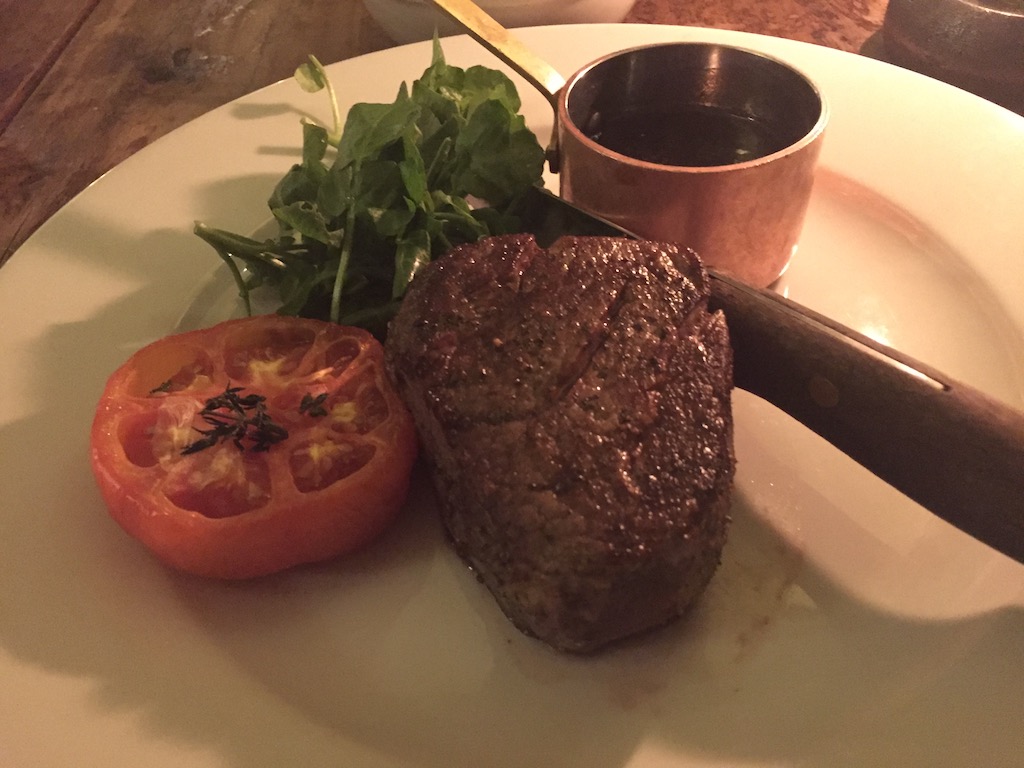 Profiteroles with a twist

Although my stomach was begging me not to, there was something on the menu that made it impossible for me to skip dessert. I’ve always loved the look of profiteroles, but as someone who doesn’t really like cream I’ve always avoided them. However, this sounded like heaven in a dessert bowl – profiteroles du vin.

An instagrammers dream, these are chou pastry filled with vanilla ice cream and topped with chocolate sauce. They looked amazing when they turned up, especially when my waiter began to poor the chocolate sauce over them! I was surprised at how crunchy the pastry was, as I presumed that they would be soft, but that aside it was very enjoyable, even though I needed Justin to roll me to the car when we left. 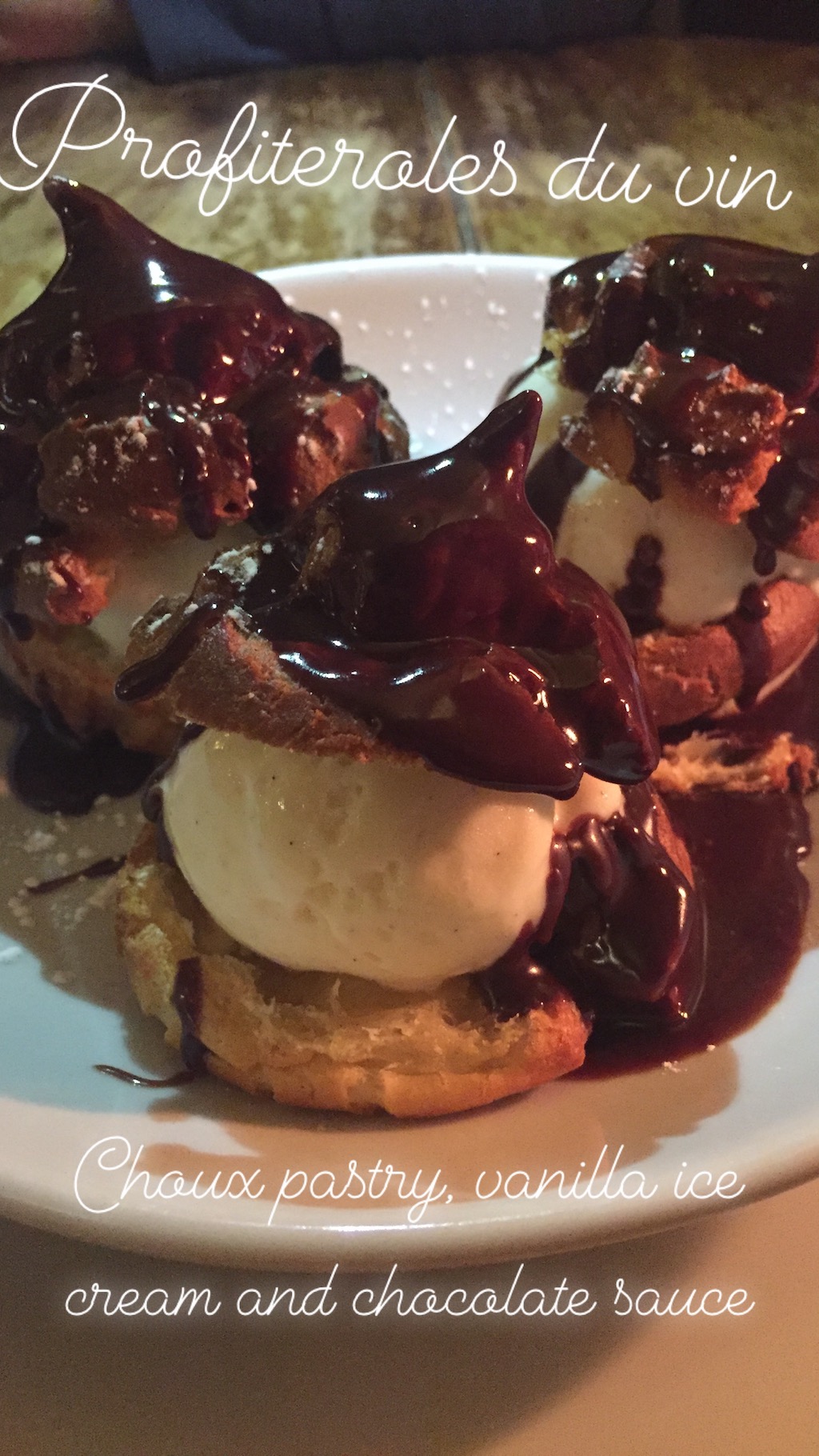 Such a cool, original idea, these profiteroles were a great way to end a spectacular meal. As lovely as the setting was, and the attentive staff who were happy to offer their own recommendations, the star of the evening had to be the food itself though. I honestly can’t remember the last time I had a meal that made me feel so happy, it was the perfect pick-me-up for a cold and dark February night.

Our dinner was complimentary for the purposes of this review. However, as always, all views are my own. 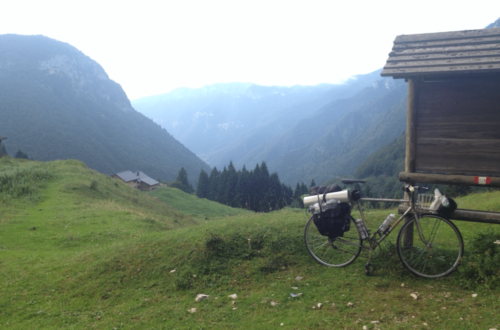 Cycling and camping in the Austrian Alps 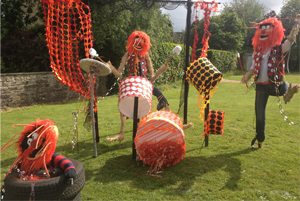 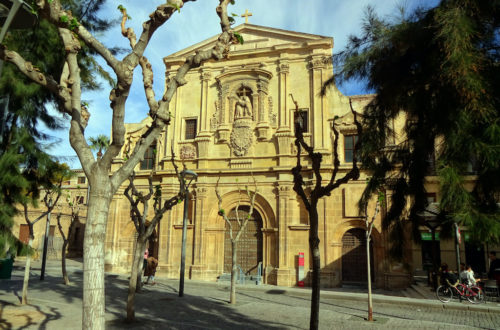 Things to Do in Murcia, Spain’s Overlooked Cultural Marvel